I urge you to read this. YES, it is boring as hell, but what the Congressmen who are out there are saying (like the slimeball I posted) are hoping – is that you don’t read it, or care. They want to tell you what is in it.

It is not good, it is by no need what we would do if we had time. It does have so much in it that will “protect” main street. I read the Golden Parachute part, and the Mark-to-Market which the lyingest lying liars who voted it down keep saying wasn’t in there. I’ve also skimmed much of the rest of it.

I’m not a lawyer, and reading a 110 pages of legalese is like a migraine waiting to happen. Yet ‘Each One Teach One’ – we need to spread the word, get behind it, email or call your house rep and senator and make sure they support it.

For in New York we will, just like with 9/11 be more adversely effected than the rest of the world, and so it is my duty to reach out to the people I know all over this country – Republican and Democratic to solve this.

View this document on Scribd

“I mean to that cold scientific eye of yours we’re all guinea pigs, aren’t we?”

is peeing his pants over the Family Guy Premiere:
“Horton Hears a Domestic Dispute in the Apt next door…”

To have overlooked or denied Paul Newman an award (well except for the honorary one & the Color of Money consolation prize for The Verdict). You are major jerks, and I just wanted to let you know.

I’m thinking if I checked freecreditreport.com for the US economy —it would be in the toilet.

Every photograph is accurate. None of them is the truth.

…is wondering if GW has become a socialist or something

…what is going on in the markets seems very un-American.

Today, over a thousand demonstrators began protests as a part of a campaign they are calling “Occupy Wall Street.” The protesters intend to engage in long…

via Why There Are Protests On Wall Street: Their Actions Impoverished More Than 60 Million People | ThinkProgress

has an incredible crush on Rachel Maddow…

Or more specifically Wayne Barrett? I urge everyone to read the rather lengthy article. To see the most important thing – what your vote does, what it allows, and what consequences come from it. Far from Mr. Barrett’s conclusions – I take umbrage with his not pointing out one thing:

“When HUD released the next set of goals in 2004, it reported that after Cuomo’s previous edict, there had been a sudden spurt of GSE subprime investment, “partly in response to higher affordable-housing goals set by HUD in 2000.” Fannie had gone from $1.2 billion in subprime-mortgage and securities purchases in 2000 to $9.2 billion in 2001 and $15 billion in 2002″

Emphasis is all mine! So from the years 2000-2004 (Bush’s First term) when there was nothing but a flurry of scrupulous lenders – who preyed upon the American Dream, who canvassed neighborhoods, took rolls of risky credit people & ramped it up. I remember the call to legislate against this sort of predatory lending – that fell on deaf ears, and was never appropriately handled by the Republican led congress, and certainly we had a president who had other things on his mind, like a war for Oil.

END_OF_DOCUMENT_TOKEN_TO_BE_REPLACED 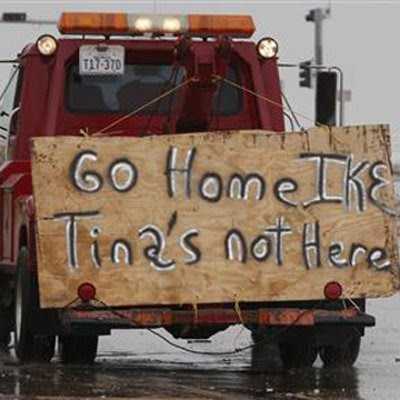