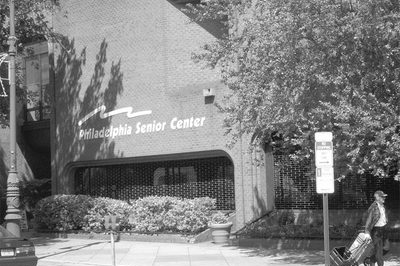 Today, 50 is the new 40, not the death knell it was for both Swanson and her character. Yet, for many LGBT seniors, life can be as lonely and desperate as Desmond’s was in “Sunset Boulevard.”

Add scary to that list. LGBT seniors face challenges their heterosexual counterparts simply do not. The most notable problems facing queers as they age are being alone and penniless. And for many older gay men, HIV/AIDS is another issue they face, making aging all the more difficult.

According to a recent study by the Williams Institute on Sexual Orientation Law at UCLA, lesbians and gay men are twice as likely as heterosexuals to grow old unpartnered and nearly 10 times more likely not to have someone (a spouse, child or other family member) to care for them in old age.

In addition to these daunting concerns, the Williams Institute report also cites lesbians and gay men as being half as likely to have health or long-term-care insurance. And, like a majority of seniors overall, the LGBT elderly do not have access to affordable and accessible housing.

Source: LGBT seniors: Out of the closet and nowhere to go

Forty years after Stonewall, the gay movement has never been more united. So why do older gay men and younger ones often seem so far apart?

“In April, a 25-year-old right-of-center gay journalist argued in a Washington Post op-ed that many gay-rights groups are starting to outlive their purpose, and chided older activists for being stuck in a mind-set that sees the plight of gay people as one of perpetual struggle … their life’s work depends on the notion that we are always and everywhere oppressed.”

Here’s the awful stuff, the deeply unfair (but maybe a little true) things that many middle-aged gay men say about their younger counterparts: They’re shallow. They’re silly. They reek of entitlement. They haven’t had to work for anything and therefore aren’t interested in anything that takes work. They’re profoundly ungrateful for the political and social gains we spent our own youth striving to obtain for them. They’re so sexually careless that you’d think a deadly worldwide epidemic was just an abstraction. They think old-fashioned What do we want! When do we want it! activism is icky and noisy. They toss around terms like “post-gay” without caring how hard we fought just to get all the way to “gay.” 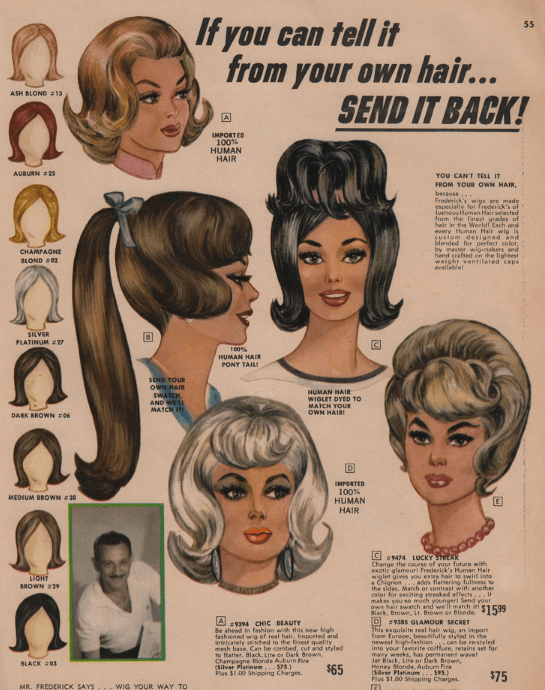 see the entire catalog in all its glory

Thinks fans of the serial/Oxford/Harvard comma are loonies — complete lunatics, who may or may not be possessed of a demon, if they think it “removes” ambiguity whether applied consistently or not!

Three—three!—political shootings by right-wing extremists does actually make a trend, mostly because it’s not accidental that the crazies are turning violent now. Right-wing domestic terror, weirdly, spikes when the right-wing media step up the intensity and violence of their rhetoric—which they happen to do when Democrats are in charge.

via The Rise of Right-Wing Violence | GAWKER

+Commentary: EXACTLY — so F’ U outraged Republicans who I heard decrying that it was Obama smearing you—what they said is happening ~ at an alarming rate! 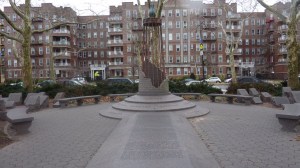 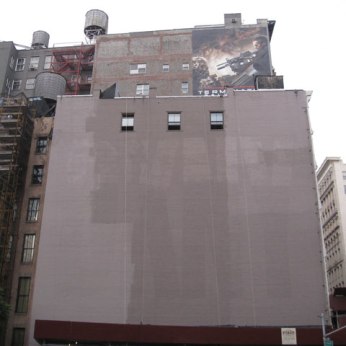 A piece of Soho advertising that had become a familiar and even beloved sight is gone from its Houston at Broadway spot: Bowery Boogie reports, “As of this morning, the DKNY mural at the corner of Houston and Broadway is gone. Painted a shade of brown. Although, the former lettering is still somewhat visible.”