See note on formatting at bottom

Note on Formatting: This was a hard poem to transcribe or translate to digital media. It was originally composed on a precursor to the computer, a typewriter that had software built in to make it a “word-processor” and that accounts for the use of the Title Case & UPPERCASE as they were unlike normal typewriter in that it actually had more like a dot-matrix quality. You shouldn’t read them as if they were shouting as we do in our text/internet culture today. Instead they were meant to visually represent ‘digital cut-outs’ in keeping with the text smashing beatnik poets of days gone by. This was then used with a series of xerox art to make one-of-a-kind copies for dearest friends. On Page 2 you can see the PDF version of my original copy, presented as images, or you can download the document.
^ return to Top 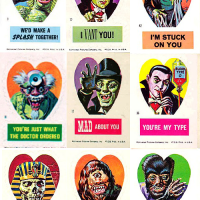 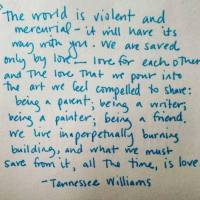 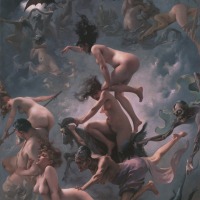 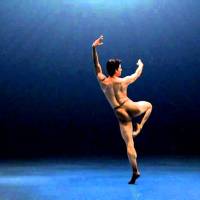