END_OF_DOCUMENT_TOKEN_TO_BE_REPLACED

Previously the work of Pierre Jean-Louis has appeared here and gotten quite a lot of attention. Thought it well past time to highlight some newer work!

I hadn't release this one !!! I swear this one make a good #meme 😂😂😂😂 CAPTION THIS. I will repost best caption in story 😉 with credit to you! #meme #fckyou #hairart #blackgirlmagic #angryblackwoman Its me when a guy says something #misoginistic…

END_OF_DOCUMENT_TOKEN_TO_BE_REPLACED

PICTURING POWER #1: Wherein one surreptitiously performs reconnaissance to collect views and freeze points of view to be reflective of one’s own kind

It is the experience of paddling on still and quiet nights, the sky clear and the moon yet to rise that moved me to create this work.  The mirror like surface of the water reflects the stars and I am given the sensation of moving myself through them. As the moon rises the small ripples from my paddle and canoe cutting through the water send the reflected light dancing across its surface.  It is in these moments that I feel myself in intimate conversation with my environment. Not simply a creature living in this world but a part of its very nature; the earth, air, water and light living around me, within me and through me. In this project I attempt to make visible the silent language of this conversation.

END_OF_DOCUMENT_TOKEN_TO_BE_REPLACED

Powerful meditations on identity, race, gender and class. Using various multimedia forms, sculptural installations, and contrasting variations the artist Bayeté Ross Smith creates really challenges the observer on so any levels. The sound installations are fascinating and make me really miss the days of boomboxes and the many owned over the years.

END_OF_DOCUMENT_TOKEN_TO_BE_REPLACED

Gift of the Artist
END_OF_DOCUMENT_TOKEN_TO_BE_REPLACED

via For Sale | “Each man create his own god” Neon Sign

The Sound of Silence, a major installation work by acclaimed New York based artist, architect and filmmaker Alfredo Jaar. Jaar’s works often address issues around how Africa is represented in the media. This particular work takes, as its point of departure, South African photographer Kevin Carter’s Pulitzer Prize winning photograph of a starving child being stalked by a vulture in Sudan (2006).

via ALFREDO JAAR AT WAM | JoziLife 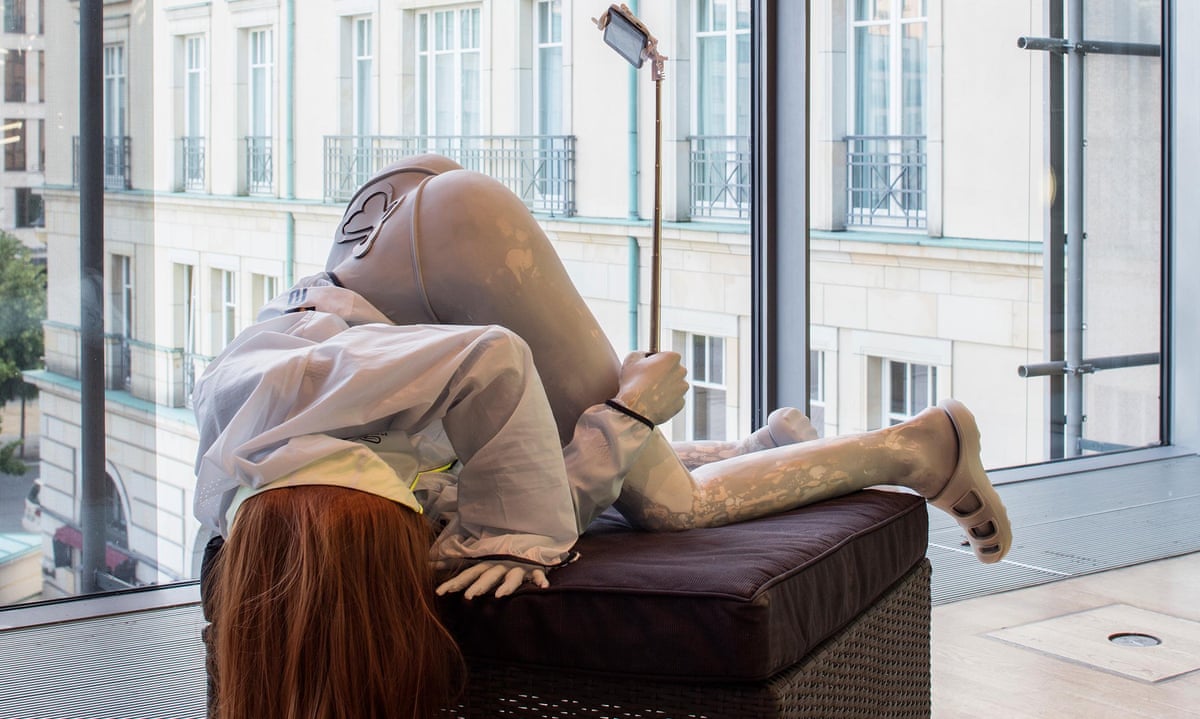 …how the Berlin Biennale became a slick, sarcastic joke

This show does not argue for a better art world; it argues for giving up on art entirely

At the very least, no one seems to have read an art history textbook. There is a century of precedents for artistic intercessions into mass culture that undermine the fetishised “newness” paraded here. The most obvious and important is dada: with his Monte Carlo Bond of 1924, Marcel Duchamp turned himself into not just a brand but a corporation. Think of the commercial mashups of modernist collage, or the deceptions of Paris’s situationists in the 60s; think of the redeployed images of 80s appropriation, or even Jeff Koons’s all-surface sculpture. DIS’s mid-market, mass-sophisticate pose reboots 90s collective Art Club 2000, who staged mock fashion shoots with clothes from The Gap. Even the glib inclusion of an outdoor gym (yes, the biennial offers training sessions) rehashes the Documenta of 1992, which featured a boxing ring.

Historical indifference is a venial sin. The mortal sin is DIS’s noxious metaphysics. For them, art is hopelessly tainted by commerce and the past is for suckers. END_OF_DOCUMENT_TOKEN_TO_BE_REPLACED

“As a ritual, I´ve started collecting what I called “edible objects” that called my attention because of their softness and fragility. They were screaming to be destroyed. I used my anger to rise against our society´s fear of the power of anger and against its obsession with perfection. Anger is usually silenced and avoided as an ostracised and negative feeling, but it is probably the strongest feeling we have and the one that make us change things.

Destroying this gentle objects is a ceremony where I funnel my inner outrage and dissatisfaction against the elements that create them in the first place.”