Anyone who follows this blog, or on social media, knows that Prince’s untimely passing has had a real personal impact on me. That in bonding with others through these channels and seeing their grief, sorrow, and reliving their memories has helped collectively to make it easier. Below is an exhaustive collection of the posts so far, and there will be many throughout the day, as we celebrate what would have been his 58th birthday.

[ * indicate video is no longer available. ]

END_OF_DOCUMENT_TOKEN_TO_BE_REPLACED

When I started getting attacked so bad because I am a Muslim, I had to decide, if it would come to me having to give up one or the other, what was most important to me, my religion or my fighting. I made up my mind that I could give up fighting and never look back. Because it’s a whole pile of other ways I could make a living. Me being the world heavyweight champion feels very small and cheap to me when I put that alongside of how millions of my poor black brothers and sisters are having to struggle just to get their human rights here in America. Maybe God got me here for a sacrifice. I don’t know. But I do know that God don’t want me to go down for standing up.

END_OF_DOCUMENT_TOKEN_TO_BE_REPLACED

But it all stemmed from boxing. His matchless magnificence, the self-proclaimed “greatness”, was invented early as a cheery prizefighter’s publicity stunt. It was a greatness that was to balloon and achieve near-universal acceptance as he became acknowledged as a beacon not only for downtrodden African Americans but for global Islam as well, not to mention the anti-war movement or poverty in developing countries. In the middle of press conferences, reporters would earnestly ask him about solving the Palestine problem, or if he could have a quiet word with Moscow about President Ronald Reagan’s star wars programme. Ali was a rebel with a cause – lots of them.

via Muhammad Ali obituary | The Guardian

(Update: Video has since been removed! 😦 ) 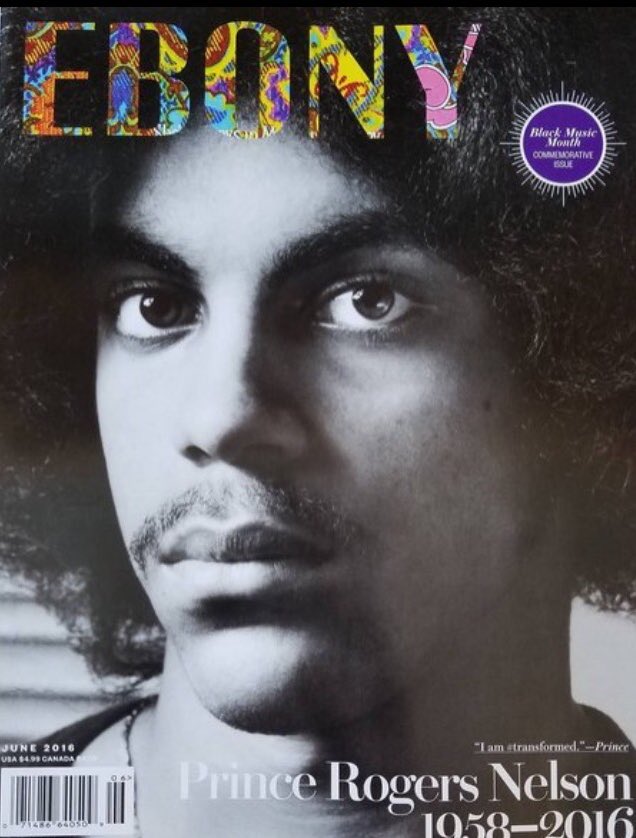 END_OF_DOCUMENT_TOKEN_TO_BE_REPLACED

via Bowiesexuality isn’t a phase, it’s a lifestyle.

Prince’s music was so picturesque that even I could see it. I could see his boss Mr. McGee, who thought Prince was never going to be shit. I could see Old Man Johnson’s farm. I could feel that “Purple Rain” too. Prince’s songs were that vivid, the images were that strong. I think I related to the way Prince saw things because we both grew up in the Midwest, where we met all kinds of people and had a great spectrum from which to learn. We both grew up hearing blues, rock & roll, jazz and gospel, and found the value in it all. END_OF_DOCUMENT_TOKEN_TO_BE_REPLACED

Prince’s Women and Me: The Collaborators Who Inspired a Generation

I considered all these women from my particular vantage point, a place America hadn’t discovered yet, a land of women whose girls reluctantly lived with the shorthand descriptive “exotic” because nobody had bothered to look into them yet. Unlike Prince. Between 1984 and 1992, my coming-of-age years, he put out an album a year, all of them with women front and center, not to mention women whose visual identities pressed up against the boundaries of race, gender, and sexuality — sometimes all at once. (click illustration or link above to read more)

When Prince was on New Girl the storyline was that our characters got to attend a party at his house. To that end, he sent us a playlist of songs he would actually play at his parties. Here is that playlist, it’s a good one:
City in the Sky…The Staple Singers
Country John…Allen Toussaint
Fire…Ohio Players
Happy House…Shuggie Otis
Higher Ground…Stevie Wonder
I Was Made to Love Him…Chaka Khan

END_OF_DOCUMENT_TOKEN_TO_BE_REPLACED

It’s “The bill formerly known as a twenty.”

END_OF_DOCUMENT_TOKEN_TO_BE_REPLACED

Shockingly, Prince, one of the world’s biggest music legends, doesn’t have a star on the Hollywood Walk of Fame. But it’s not because he couldn’t.

The iconic singer, who passed away suddenly on Thursday, was approached not once but twice for the honor. But in both cases he declined.

“He was on my wish list,” Ana Martinez, producer of the Walk of Fame ceremonies, told TheWrap. “But he felt that it wasn’t the right time.”